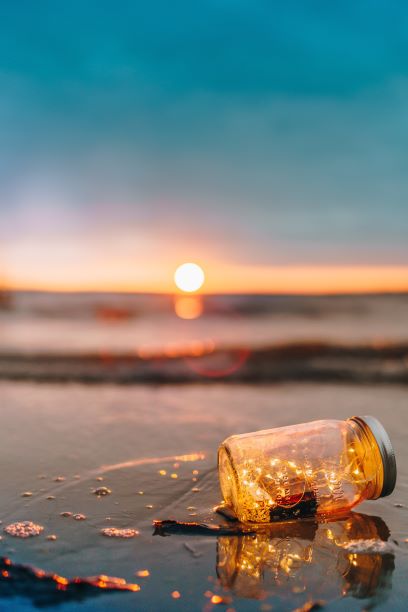 Several weeks ago, I received news that knocked the wind out of me.

Now that I’ve gotten click bait out of the way, let me back up and start over. Please don’t leave! What I have to say will likely annoy or even anger you—all of you—and for good reason; but, nevertheless, I think it’s an important, thoughtful stance I’ve taken up.

First—let me give you some background on myself. I grew up in a conservative, Christian home. Right was white. Wrong was black.

In college, I inadvertently (such a long story, it’s another blog post in itself) attended an independent, fundamental Baptist college. I sank my life savings in the college, with no way to escape its crushing grip but to graduate four years later, unsure whether I was brainwashed or stripped of any religion left in me.

Now to begin my story. It was over a month ago that I had a very vivid dream. It was a college friend who, years ago, I’d had a falling out with for no good reason. Since that fallout, it seemed he’d dropped off the face of the planet. With no other method of connecting with him than sending a good old fashioned text message, I did.

In my dream, this man had a wife and new baby. In reality, I knew nothing other than he had gotten married several years back. When I texted, he simply told me he’d recently gotten divorced and little else.

I owe my obsessive personality a big thank-you for brewing over his texts for the next three weeks. Shrouded in mystery, his texts claimed he’d feel comfortable talking to me over the phone about it within the week. Weeks passed. I obsessed more.

“What happened?” I asked.

The words felt like a five-hundred-pound weight shoved upon my shoulders… along with an inexplicable Aha! It all makes sense now! Followed by a, Wait, so why were you chasing after girls all those years ago? Followed by a What the actual eff? You lied to me. You lied to us all… for years.

Which sent me into a tailspin of thoughts. The next morning, I actually had to call my husband at work (something I rarely do as he does not like to be disturbed while working) and unloaded. “Why did he lie to us?! I mean… he was my best friend. Why did he get married? Why would he do that?!” I may or may not have been yelling. I can’t quite remember.

Only my husband’s steady, calm answer speaking softly into me kept me grounded. “Claire, what was he supposed to do? He did all the things that his family would have wanted. He did all the things that a Christian church would have wanted.” And in my heart, I wondered that if he had not made those choices, would I have condemned him? Would I have pointed an accusing finger his direction and claimed, “You have not done all that you can to fight this?”

You see, I’m not just part of the church, I am the church, so my response matters. And so does the church’s. Ah. The church. Let’s talk about that for a minute.

For those of you not affiliated with the church, you can skip the next two paragraphs (unless you’re curious. Shoot. I’d be curious).

So, growing up in a white, straight, privileged, evangelical home, there were many things about myself I took for granted. My heterosexuality is one of them. The Christian’s knee-jerk response to homosexuality is a simple, “Love the sinner, hate the sin.” Okay, fair enough. But what about nuance? What about trying to understand a person’s story? What about not trying to change a person’s sexuality?

I write this with humility, knowing that I’m like a newborn baby with my understanding of the topic. I know I’m not fit to even write about it or give advice, so I want to emphasize that this is not advice. This is me sharing my own conclusions. I’ve only read two memoirs by gay authors, both on opposing sides of the spectrum, but they shared this common theme—You can’t change your sexuality. Seriously. This is something that Christians should probably understand. The response that my friend hates is, “You’re gay? Oh, that’s cool. Now read this book so you can change.” He’s well-aware of what the Bible says about same-sex attraction. He’s spent thirty plus years immersed in biblical culture and idealism. Thirty-plus years trying to change his sexuality. Thirty-something years battling self-loathing and struggling with his own self-worth.

But now he understands something: God sees his worth—all of it. Every part of him. This is not my cup. This is not your cup. This is the SSA (same-sex attracted) person’s cup. And who am I to have an opinion?

Now, to make everyone who reads this angry. Here I go, jumping off my little suicidal bridge. This part is to those of you who support or are homosexual. Some of you think you are free of any sort of agenda. But lately, I will pick up a YA fantasy and find half the characters homosexual, as if same-sex attraction is not only common, but that teens ought to be gay when they are not. Take, for instance, Cassandra Clare’s book Chain of Gold. When you first open up the book, you’ll find a lovely colored picture of eight people (excluding the two hanging portraits). These eight people are our main characters. Of these eight people, five are heterosexual. The ones that are homosexual or bisexual all have partners with large roles in the book. This might not seem strange, but remember two vital things. First, this is straightforward YA, not LGBTQ. Second, this book takes place in the Victorian Era, a setting in which it was punishable by imprisonment to be homosexual. Instead of marketing nearly half the characters as gay, the author could have chosen one well-developed character and talked about their struggles.

Legendborn by Tracy Deonn also takes this tack. Five of the major or minor characters are homosexual. Now here’s the truth. Only three percent of the population identifies as homosexual. That means if you have a hundred characters in your story, only three of them will be gay. One hundred is ambitious. From my reading, I’d say ten major characters and twenty minor characters sounds about right in a YA novel. Which means that in reality, there would be about ONE. One lone LGBT character. Much more than that, and you’re trying to force something on me.

The best LGBT character I’ve ever read in a YA novel was in Brigid Kemmerer’s A Curse So Dark and Lonely. In it, the main character finds out her brother is both gay and has a boyfriend. We meet the boyfriend who quickly gets wrapped up in the story. He is a black doctor—kind, smart, an anchor of wisdom. I’m sure I wasn’t the only reader who fell in love with him. His character is deep and well-developed. Readers from opposite ends of the spectrum saw that he could be both human and gay.

In conclusion, here’s what it feels like from the perspective of someone who is trying to remain true to their religious and moral values. They feel like some homosexual supporters are browbeating people to embrace, support, and affirm homosexual choices. But this coercion propels some fundamental Christians even further into their corner of hatred. What we should advocate is not affirmation of the act, but an awareness that all people should be treated with respect and dignity regardless of their beliefs, skin color, education, sexual affiliation, or socio-economic status. Treat others as you want to be treated: If you want to enlighten a person, first build relationship, then educate.

I have a variety of friends with whom I do not see eye-to-eye on many matters. None of them have ever forced me to agree on vaccinations, presidential elections, or recycling. (Okay, not gonna lie. Some have, but it is really annoying, and I don’t want to be friends with those people. Do you want to be friends with people who tell you you’re going to hell if you vaccinate your child?)

So why should people be forced to affirm gay sex?

Here’s the conclusion of the whole matter… for me.

A couple years ago, I was sitting in my mother-in-law’s back yard visiting with longtime family friends who are a lesbian couple. We visited, ate together, spoke Spanish together, and had a really good time catching up. After we’d left, I was sitting in the car, my mind once again forcing itself to make some sort of stance on the gay debate. And suddenly, I’m pretty sure I had a Holy Spirit moment, because I felt a load lifted from my shoulders and an internal voice whisper something to me: You don’t have to.

I don’t have to decide. I’m taking a neutral approach. I will let God be the ultimate judge. Not me. And let me tell you— It’s very freeing.

Remember what I said above? Christians/non-Christians: This is not your cup. Be a friend. Be normal. I don’t treat my heterosexual friends with privilege or reproach. I treat them like they are human. Like my friends who spoke Spanish with me on the lawn that sunny summer day. Or my now-best friend from afar. He’s still the same to me. Just as precious. And just the same. Except he dates guys, not girls.